In most democracies the majority of those that vote get their choice of candidate or policy. And the Scottish part of the United Kingdom did quite clearly vote against leaving the European Union – as did Gibraltar and Northern Ireland. 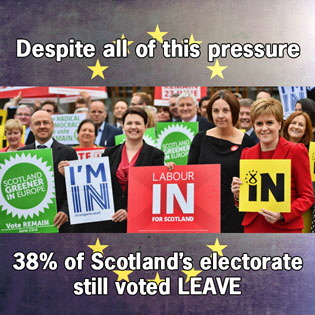 However the campaigning in Scotland did also show that the voters with any party loyalties had little choice but to vote remain. In order to vote leave party members faced the prospect of being branded deserters – as was said by President Juncker no less. In short every party, except UKIP of course, directed their supporters to vote to stay in the EU. And quite happily posed for selfies together to reinforce the point.

So Scotland’s people did have a choice in 2016 – vote remain or suffer the consequences. Amazingly around 38% did oppose the party they would normally support and voted to leave. And in one region just six voters tipped the local majority vote into the remain camp.

But now the SNP’s policy of pressing for independence from the UK – while also pledging to give their independence away to Brussels – is starting to unravel. Catalonia has shown that the EU does not support any nation or region that wants true independence. The only route forward for them is for Scotland to be just another cog in the European machine. Perversely the SNP seem likely to get more powers for the Scottish parliament with a successful Brexit than with remaining in the EU. It’s funny old game!

Being Burns Night tonight a quick check on what the Scottish parliament might be recommending for our supper seemed appropriate. And not a lot has changed since our last look – for example .. 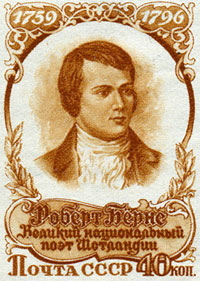 Motion S5M-09862: Angus MacDonald, Falkirk East, Scottish National Party, Date Lodged: 11/01/2018
Trio of Success for Falkirk District Butchers: That the Parliament hails the success of three butchers from Falkirk district at the recent Scottish Craft Butchers Savoury Pastry products awards; congratulates Thomas Johnstone Butchers, which is based in Falkirk, on winning two prestigious Diamond awards for its pies and sausage rolls, Patricks of Camelon, on winning a Gold award for its Scotch pies and Silver for its sausage rolls, mac‘n’bacon pies, chicken pies and hand-held steak pies, and the Grangemouth-based Richards Family Butchers on its Scotch pies winning Silver …

These congratulations do seem rather one-eyed in their hailing since it was, after all, a competition for Scottish butchers. And it would be reasonable to assume that all the winners would have been from Scotland. But more importantly these frequent parochial motions at the Scottish parliament do bring into question the point of funding a house of expensive politicians that are clearly lacking enough serious business to fill their time.

Earlier this week we had reports of the First Minister, no less, tackling that key issue of state – the times that the Union flag can be flown on official buildings. Even though this was later revealed to be a decision made in 2010. Yet it is still the case that no one from the SNP can logically explain how a party committed to Scottish independence can also be in support of giving up this same independence to Brussels via the EU.

O wad some Power the giftie gie us
To see oursels as ithers see us!

The promise of the UK leaving the European Union and regaining at least some of its traditional independence may be the highest profile issue for British Grandads – but there are other devolution issues in the air.

Indeed the calls for Scotland to leave the United Kingdom have still not gone away despite a clear majority vote in 2014. So the Saltire was often spotted amongst the Catalan flags in the pro-independence Barcelona marches. However the refusal of Spain and the EU to recognise the Catalan result may well have dampened the thoughts of a second vote in Scotland. Certainly the organisers of RefFest 2018 have abandoned their efforts citing a lack of funding. But in practice it may be that enough evidence has emerged since 2014 for voters to see that a future EU is aiming be a single conglomerate state playing on the world stage. A state where no nationalist politicians or devolution movements will be allowed to get in their way. Not an attractive proposition for any regional separatists.

Meanwhile at a purely local level, in England, voting is presently in progress on a devolution choice for the good citizens of Doncaster. The options being to form a Sheffield City Region or a Yorkshire wide region – with Yorkshire looking the firm favourite. Results are due before Christmas … 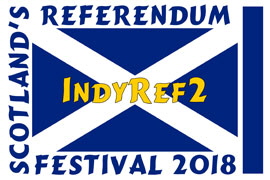 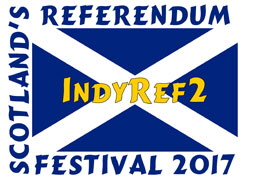 In response to the large scale public involvement generated by IndyRef 2014 and EuroRef 2016 plans are being prepared for Scotland to have a national referendum festival as a regular fixture in its cultural calendar. 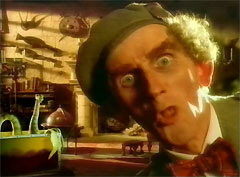 A spokesperson said .. The increase in political activity and public meetings that a referendum brings has major financial spin-offs and benefits in many areas; with flag sales, beer sales and banner printing services showing particularly large increases. The introduction of our annual Referendum Festival (RefFest) could give Scotland the same level of benefits as the Oktoberfest brings not just to Munich but to the whole of Bavaria.

Their provisional festival timetable calls for IndyRef2 to be held in Glasgow during May 2017 with EuroRef2 planned for Edinburgh during May 2018. The subject for the 2019 referendum is much less clear at this stage but the sale of Shetland to Norway, Orkney to Iceland and the Restoration of the Kingdom of Fife are the most likely contenders.

However the organisers have admitted that they will need much more funding before they can take their plans any further. They hope to supplement their current crowd-funding efforts with grants from Tourism Scotland, loans from Deutschland Uber Alles and sales of whiskey to the EU Commission.

Less than a week on from the EU Referendum result but it certainly feels like a long time for UK politics. Change is everywhere. 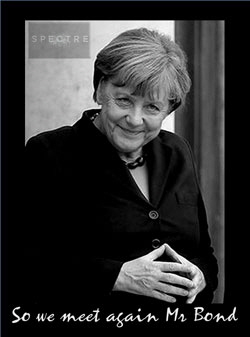 True it was expected that the Conservative Party would soon need to elect a new leader – followed by a changed ministerial line-up. But much less expected was the internal revolt of their Labour opposite numbers and an opposition leader who kept refusing to go even when pushed – heavily. This resulting in Government problems – like the fall from grace of the Chancellor of the Exchequer – being pushed from the headlines by a Labour Party in melt-down.

Aside from the official Westminster political manoeuvers the week has been full of crazy schemes and rash statements; autonomy for London, unification for Ireland, Scotland to block the EU exit letter, English out as an official EU language, no voting rights for Grandads, etc, etc.

However the mood amongst our former EU political partners was no more tranquil – especially after MEP Nigel Farage turned up in Brussels to say I told you so.

Some EU members wanted an immediate UK divorce while others tried to goad the UK into action by saying that we lacked the guts to actually leave. However most seemed to want to make the British pay for their stupid desertion vote and for us to regret ever challenging the right of the Brussels elite to lead the European continent towards its promised Nirvana.

Now it looks like we are going to need a really-special special agent to make good our escape from Brussels in one piece. Things may get even worse before they get any better … if that is even possible after England’s Euro 2016 football shambles on Monday. 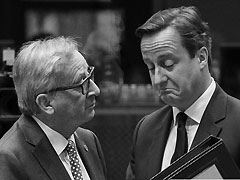 No more opinion polls, banners, leaflets, meetings, speeches, debates, promises or threats about our choice of leaving or remaining in the European Union. Instead today we have the cold, hard results of yesterday’s vote and groups of dazed politicians wondering what happens next.

The published facts are –

So now there are 16 million voters who did not get the result they wanted. A situation where the activists in the loosing camp will be demanding recounts, reruns or to simply ignore the outcome.

But for those who make their living out of politics the result will directly effect their careers. Clearly all the UK MEPs – and their assistants – will have no future role in Brussels. And with over 70% of Westminster MPs backing Remain there are plenty who will have to rethink their positions. This is especially true for the leaders of the Conservative government and the Labour opposition who both pushed the Remain case.

The fact that Scotland voted to Remain will be good news for the SNP and has already lead to calls for a re-run of the Scottish independence vote.

Meanwhile poor Gibraltar has seen its huge vote to Remain swamped by the massive votes to leave in most of the English regions.

More developments are sure to follow very soon … Lord Farage? ex-Prime Minister Cameron? … Watch it on a TV channel near you.