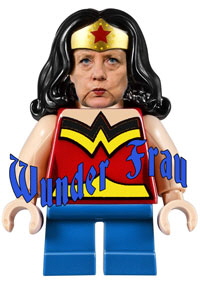 With Captain Eurocrat missing from the World Economic Forum in Davos this week it became clear that the EU requires more super heroes in its times of need.

So we can now reveal two more. First Wunder Frau and then Boney M came out this week and now stand firm against those forces of evil that are attempting to undo the Europa master plan. 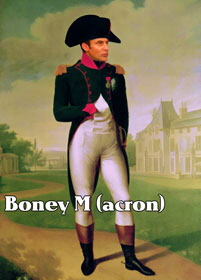 With their special powers they have the ability to erase from the minds of the plebs any inconvenient truths or hopes of independence with democracy. However these powers only last for a limited time so need to used with care … 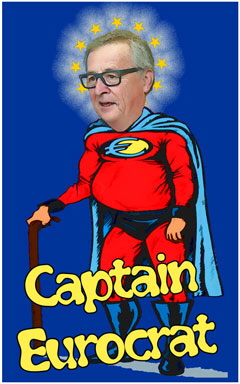 The efforts of the German politicians to reach some form of coalition deal could well be resolved today and so end months of argument. But at least the inter-party maneuvers have thrown up insights as to what will be the political agenda for Germany within the European Union. And the German agenda carries much more weight than the British one ever did – or was ever likely to.

It now seems clear that there are some senior political figures who will do anything it takes to achieve their target of a United States of Europe – even if this is without the support of a majority of its citizens. And some of the ways that this plan will be helped along is through the rewriting of history, the indoctrination of youth and the creation of regime super heroes.

This is not a new idea – for example a Captain Euro made a brief and very unsuccessful appearance around 1999 and again in 2015. But this time there is much more at stake that just a currency.

So here is our Captain Eurocrat. A super hero with the power to stop any business in its tracks, to make any national government comply with his demands and to print unlimited amounts of euros at will. Captain Eurocrat will soon be incorporated into a revised history of Europe where his previously unreported role in defeating the forces of evil and maintaining peace since 1945 will be fully revealed. To support Captain Eurocrat  all EU units (formerly called countries) will now have to adopt the motto Ending Euroscepticism so it’s not the end of us

After The Final Countdown, Slip, Slidin’ Away and Go Now here is another one for our growing list of song lyrics that might well relate to our fraught relationship with the European Union. 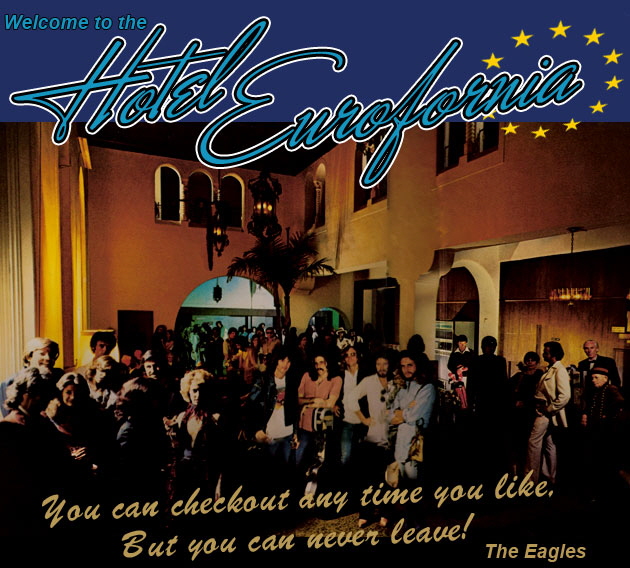 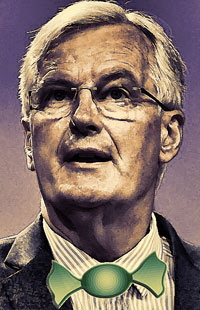 Instead today we have them and their puppet parliament berating the UK for not agreeing to their one-sided demands. Pathetic.

Sadly our Prime Minister has repeatedly failed to take the initiative. A stance that the country so badly needs. Businesses in both Britain and Europe have been well aware of the June 2016 result for plenty long enough to prepare for the transition – and yet a weak UK position now offers the EU a further two years of much the same as before.

Why? When businesses would benefit much more from a clear switch-over to national independence as soon as possible. We really do have to Go Now ..

The chief negotiator for the European Union, Michel Barnier, remains adamant that British taxpayers will need to pay at least 100,000 million euros to settle what he likes to call the divorce. This, apparently, would not be the only payment but it is the one that is needed to show good faith and start trade talks.

Quite how far this is from practical economic reality seems lost on Eurocrats enjoying a gilded existence at the public expense. Part of this lack of understanding comes from not translating the vast numbers thrown about into their actual effect on the general public. So time to do some basic maths.

Clearly that final option depends on how many decided that the UK does actually need to pay any such EU bill. And so far very few people have said that we should pay no matter what. In fact it has only been a few, well-known politicians and celebrities that have been pressing for the UK to pay. And even then they expected us, the average citizen, to pay the bill rather than themselves.

So perhaps we should instead try a fourth option – one where everyone that wants to make a voluntary contribution can donate cash or their spare holiday euros. Then the UK negotiators can offer the EU whatever has been collected has a true reflection of how much the British people think EU membership is worth ….

Since well before the vote to leave the EU there have been attempts to discredit those in favour of separation by portraying them as ill-educated plebs who don’t understand the great European vision. 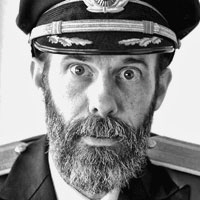 Yet few of the pro-EU voters who were interviewed by the media at the vote seemed to have any reasons beyond wanting to have easy holiday travel, cheap mobile phone access and, in a few cases, employment; despite not being fluent in another European language.

Not many of those in favour of remaining an EU state seem have read the Pan-European Manifesto of 1923 – the basis for current EU policies and thinking; even though much of its contents have been proved wrong by subsequent events. Similarly not many voters seem interested in the aims of the Five Presidents’ Report of 2015 and so are unaware of its implications for Britain in just a few years time.

In fact the most serious and far-reaching assessments of the strategy behind the actions of the EU’s political leaders seem to have come from the independence side via MEPs, investigative journalists and analysts. For example this quote from Christopher Story (1938-2010) makes a bold statement about the sort of future that EU activists have planned for us  ..

.. European Union structures are engaged in relentless low-level, but prospectively terminal, secret warfare against their constituent nation states, while posing as their benefactors. Under the guise of open-ended and ever-expanding ‘cooperation’ – the preferred weasel alibi of the penetrated British Foreign Office – the European Union is in practice engaged in wholesale collectivisation via relentless, open-ended regulation: the very essence of Communism.

Sadly there are still plenty in power in Britain who are either ignorant or deceitfully aware of the price citizens will have to pay for a future in a European super state controlled from Berlin. But for me it’s obvious .. 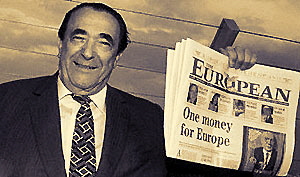