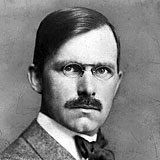 To repeat our early posts … only those citizens, residents or potential residents who are prepared to continue with, or convert to, our common values and norms should stay. Certainly we need no one with little gratitude for our shelter or who is contemptuous of our stupidity for giving aid to those who hate us.

Using English, treating men and women as equals and obeying our laws would be a good start. Hardly unreasonable requirements for living here – yet ones it seems that many object to.

Arguments that religious laws over-rule national laws are utter rubbish. All laws – religious or civil – have been written, and enforced, by the people in authority at the time. Followers of any religion can claim that their gods have directed their prophets, if they wish, but it changes nothing.

Arguments that British foreign policy is a valid excuse for attacks in Britain are also rubbish. Anyone in Britain has the democratic right to object – but criminal and treasonous acts should expect much harsher treatment going forward.