Little did we know, back in the 1980s, how much time we would all have to spend installing software updates.

Back in 1986 when Grandad installed Windows 1.0 on an Intel-powered PC it was only one or two megabytes of optional software distributed on floppy disks. Now 31 years later much the same process is being repeated as the Windows 10 Creators Update multi-megabit download runs in the background while this post is being typed.

Officially this latest iteration is version 1703. And at times like this it feels like large chunks of my life have been spent installing everyone of them. Hopefully this latest code monster will not  bite – and this does not turn out to be the last before the crash …

Starting at the end of this month Microsoft will be rolling out the latest version of its Windows operating system. And every Grandad with a modern PC should already have had a notification to Get Windows 10.

It was only in October 2013 that many hours were spent downloading and installing Windows 8.1 on two PCs at Grandad HQ. Since then a new laptop and tablet have joined the network so that’s four major updates to work through. And with 5 million Insider users expecting to start updating on the 29th of July the world’s network traffic could see a substantial peak. It may be worth waiting a few days before making a start … Once on Windows 10 you will loose the option to defer or avoid OS updates – they will become automatic.

Anyone planning to upgrade should also be aware that Windows 10 is not just about adding new features. Some widely used options are going. The most obvious being the removal of the Media Centre functions and the need for separate playback software to watch DVDs or Blu-rays for all previous versions. Windows 7 users will loose their desktop gadgets and floppy disk users will need to install extra drivers separately.

But luckily there are no Windows phones to worry about at Grandad HQ – as Windows 10 Mobile has yet to prove stable enough to risk a general release. Considering that Microsoft has recently announced that over 6,000 jobs will go in its hardware division (i.e. Nokia) along with a write-off of over $7,500 million then the days may be numbered for Windows on mobile phones. Certainly with less than 3% market share it would be no surprise to see a switch to Android. A move that could increase sales and avoid the efforts that will be needed to get their Windows Mobile software up to Android’s level of acceptance amongst consumers and app developers.

Cleaning Windows – First for those who did not recognise the photo and the clues it was George Formby that appeared in the previous posting. And rather than explaining who he was it would be best if you take a look at Frank Skinner’s fine Formby documentary from 2011. It’s here on YouTube ..

Second this latest posting comes courtesy of Windows 8.1 and signals that we have almost reached the end of the upgrades, conversions and re-installs on two PCs. The combination of faster hardware, the latest software and cleaning away old left-overs has made some noticeable improvements – but getting there did use up a lot of time. And NetObjects Fusion may have gained some new bugs with the latest update – since on the convenional web page George’s image jumped to the left despite still being laid out on the right. However switching from HTML 5 to HTML 4 fixed the problem. Elsewhere there are other reports of bugs with – sound output via HDMI stopping, system fonts going missing and usb wifi dongles slowing to a crawl. These could all be due to third party software not being up to date but Microsoft have still been busy issuing important 8.1 updates every day to try to stem the flow …

After three hours of downloading and updating the first of Grandad’s PCs is up and running on Windows 8.1 – and, so far, things seem to be functioning OK. Now we are at the cutting edge – using the latest 64-bit version of an operating system that was first used, as DOS add-on, back in 1986. 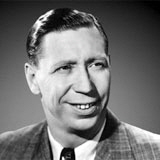 Then Windows needed 256K of memory or greater and MS-DOS 2.0. Soon this minimum memory was expanded to 320K and then up to 512K – when 640K was the memory limit. But in practice most serious software ignored Windows and ran directly under MS-DOS – for obvious performance reasons. It was not until 1992 that we started moving to applications designed for Windows – then just upgraded to version 3.

Now all traces of MS-DOS have been cleaned away – and Windows is striving to become a vehicle for pushing products and services our way day and night. But it is still possible to turn most of the advertising off and stop many (some) of the nosey parkers from spying on your daily life. Better still the sheer power of the latest hardware means that Windows’ massive code burden can be largely ignored. Version 8.1 has only had a few hours of use but seems to have Turned Out Nice Again …

In just six months time Microsoft will end support for its XP incarnation of Windows. Normally software going off support is not newsworthy. But XP was, it seems, Microsoft’s most successful operating system and the one that many IT departments and home users had got most used to. It was – by service pack 3 – that combination of boring and reliable that is ideal for software designed to act as a foundation layer for the more interesting stuff.

Windows XP was first released in 2001. It remained current until Vista came along in 2007. And despite Vista then being supplied as standard with new PCs, much of the existing XP user base remained faithful. So by 2009 Vista was in turn replaced by Windows 7. By then the phasing out of XP had picked up speed – partly because corporate PC hardware was further into its replacement cycle.

Moving on to October 2012 Microsoft released Windows 8 and XP diehards were firmly pushed towards a stark choice – if they needed to stay within the Windows ecosysem – as April 2014 was set for XP’s exit. The choice being either to stick with the crumbling security of XP or move to Windows 8; a product berated by many critics. Its front-end designed for touch screens remains the main bugbear but there are other issues – such as loosing DVD play back, defaulting to new, poorly featured apps and, critically, needing firmware on the motherboard that supports UEFI (Unified Extensible Firmware Interface) instead of simply the BIOS. This last technical point would seem to have the effect of killing off almost all domestic PCs from the XP era.

Today we are another year on and Windows 8.1 is due to appear within just days – but it will not really resolve the basic issues. Worst of these is that there is no upgrade path to get an app that is working on XP onto Win8. Such software has to be re-installed from scratch. For anyone with an app, from say 2006, that has been repeatedly updated with paid-for releases (probably as downloads) this seems wildly unrealistic. To go through a process of uninstalling back through the versions and then installing the updates again in order – even if you still had backup copies – is as time wasting as it is impractical. And unlikely to get through the re-entering of all those security keys. The more likely (only?) solution seems to be to buy a compatible copy of the app – possibly even a full copy – and do a clean install.

But there is another less obvious software trap to look out for. PC hardware has moved on hugely since XP was king. Today having a PC with 8Gb of RAM , a few terabytes of disk and a 64bit processor is not unusual – or even expensive. Such a class of PC really needs a 64bit operating system to make the most of its hardware – and even Windows XP was available as a 64bit version. But that’s where you may get really stuck if you have printers, scanners, cameras and even add-on cards that don’t have the drivers that a 64bit operating system expects.

So if you really need  to keep using that expensive scanner or cannot face buying that specialised app again then it may be best to take your XP system off the Internet and instead invest in a new PC, or tablet, to handle your always on-line lifestyle needs … 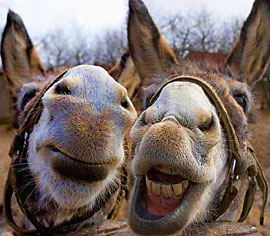