Despite misguided folk trying to put it profoundly beyond the pale St George’s Day remains a source of national pride for many.

Yet today the national flag of England has been all but censored out of existence. And even the Union Flag has now become a target to be dragged down – by vested interests and even sad elements within the BBC.

But without pride in your country, region, town or family we  become drones living pointless lives in a grey world. So tomorrow we will remember, fly the flag and kill the dragon …

Once more unto the breach, dear friends, once more;

With Germany dependent on Russian gas and looking for Russian vaccines while experiencing a new wave of Corona Virus infections the chances of meaningful actions by the EU against any Russian military action in the Ukraine look mighty slim. 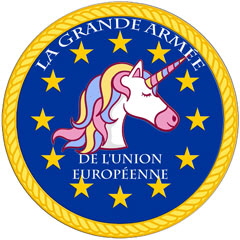 Adding to the EU’s strategic weaknesses are its lukewarm support for NATO, talk of a EU Army but without any boots on the ground and the obvious incompetency of the current leadership – as witnessed by events in Brussels over recent weeks. Imagine what a EU-lead military response would be like!

From the Russian standpoint the West’s struggle with Covid, the EU’s resentment of all things British since Brexit and the fact that now is the Easter Weekend make this an ideal time for Russia to improve its grip over the East. [Russian Orthodox Easter is not until 2-May-2021]

If Russia does make a move then it will hardly be a surprise given that some EU politicians have been poking a stick at the Russian Bear for years – in the belief that the threat of NATO would stop any Russian response.

Let us hope that Russia limits it ambitions – and backs away from a full-scale conflict. Adding World War 3 to the planets troubles would be a step too far …

In a surprise move the SNP have announced changes that they claim will strengthen Scotland’s case for EU membership. 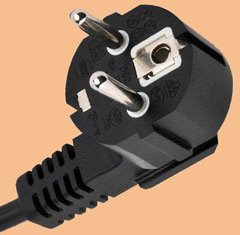 The first change being the immediate adoption of the Euro electrical plugs and sockets in all homes and offices. A government spokesperson stating that the adoption of the Schuko design was far superior to the old English models and brought Scotland in-line with its future EU partners.

The second change being a switch-over to driving on the right and banning the sales of English right-hand drive vehicles. The reasons for this being driving on the left or right does not apply on the many single-track roads, the plentiful supply of second-user left-hand drive limos available in Brussels and to bring Scotland in-line with its future EU partners.

The final change announced this morning being the surprise embargo on the importation of Yorkshire Puddings – on the grounds that such English products do not comply with the EU rules for batter-based food products that come into effect today. Rules that are routinely adopted by the Scottish Parliament to bring Scotland in-line with its future EU partners.

Interestingly these changes were published online in English, Scots Gaelic .. and French. Yes – to bring Scotland in-line with its future EU partners.