Well our Westminster MPs have been packed off to their homes or constituencies without seeing anything resembling a trade deal with the European Union. Despite another fifteen days having passed little has changed in the mass media headlines and opinion pieces despite lots of talks and briefings. 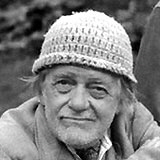 And the few changes that have happened don’t add up to much. At the bookies the sentiment has swung from deal to no deal and amongst EU politicians the stress levels have jumped with each day that passes.

Meanwhile out at sea the EU trawlers seem to have upped their policy of scooping up all marine life – whether saleable or not – to leave nothing in the waters that the UK gets back. A very short-sighted policy and one that confirms they expect to face UK controls shortly. Surprising the BBC seems to be trying to ignore what is happening – despite claiming a leading role in ecology issues. Yet Trawler-watch is one programme they have not scheduled.

So New Year 2021 is just two weeks away and the Brexit saga still drags on .. Will some last minute deal appear? Will MPs get recalled before year end? … Will we all wake up to find 2020 was a bad dream? .. Pass the port and mince pies I need to forget …