It’s Halloween – and as darkness fell the latest political response to the Covid pandemic was being prepared for broadcast to the nation; with suitable scary effect. 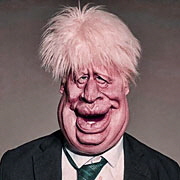 After repeated delays the announcement came of closures of all non-essential retail venues and we took another step towards our town centres becoming ghost towns. The aim is to improve the situation in time for Christmas – but in practice the four weeks of closure will blast a big hole in the viability of many retailers. It will, after all, fall in the pre-Christmas shopping peak – a time that would normally see them through a quiet February and March.

Restaurants, clubs and pubs will all be closed – despite them spending millions on providing extensive virus security measures. The office Christmas lunch is most likely cancelled. True the furlough scheme will be extended but that will not save many retailers from collapse.

However with schools, colleges and universities still open the virus still has a route out to infect new victims – and may prove to be a big gap in the lock-down plans.

At the beginning of the 19th century advances in medicine lead to the establishment of specialist fever or isolation hospitals to treat patients with infectious diseases – such as scarlet fever and smallpox. Early examples in England being the Liverpool Fever Hospital (1801) and the London Fever Hospital (1802). Such hospitals became common in England when laws were enacted requiring the notification of infectious diseases by public health officials.

The Catherine-de-Barnes Isolation Hospital was established in 1907 near Solihull in the West Midlands. It stayed operational into the 1980s – becoming the last in service when the six other remaining NHS isolation hospitals were closed down in 1981. But then in 1987 even this hospital was closed, fumigated and sold for luxury housing. An event that ended almost 200 years of putting patients with highly-contagious diseases in dedicated hospitals.

Back then it was thought that we would never need isolation hospitals again. All the world health challenges were either under control or far away. 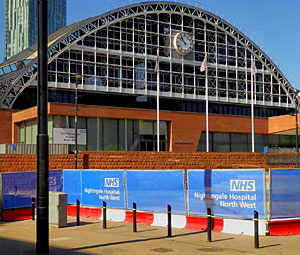 Early in the outbreak the UK government raced to establish seven temporary hospitals for Covid patients – with no expense spared. A move that could have re-established the isolation model that had worked in the past.

Instead the approach has been to free-up space in existing hospitals so that infectious Covid patients could share resources – and viruses – with those too sick to be included in the bed-freeing-up strategy. The results of which were death sentences for care home residents, a lack of resources for other serious conditions, cancellations of elective surgery and a reluctance within the general population to go anywhere near a hospital.

According to the Daily Telegraph a few weeks ago NHS chiefs had already been urged to assign all Covid patients to isolation hospitals in order to curb the spread of the virus, but the scientists involved were told that the move – though adopted in other countries and used effectively here before – was “too difficult” for the current NHS to achieve!

So we are now facing growing numbers of cases being handled in a repeat of the same approach that caused so many problems before. While we have new, purpose-built hospitals sitting empty and unused since June …

The front line NHS staff have been working very hard – but the ability of their leadership seems to have really gone downhill relative to other countries and those 19th century pioneers.

The phrase lions lead by donkeys comes to mind …

Here we are at another deadline in the EU relationship saga. And it is sobering to reflect that there are eight year-olds who have spent their entire lives with Brexit on the national agenda. 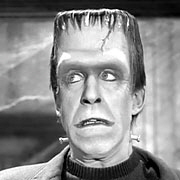 Today’s question is will the UK government, that is the Prime Minister, walk away from the fraught trade negotiations by midnight tonight – as promised? Or will they allow the EU politicians to impose their timetable instead?

By tomorrow we should find out.

But there is a feeling that this is a critical tipping point. Anything other than the UK landlord calling last orders tonight will show everyone – on both sides – just how weak and ineffective the UK leadership has become …

Update 19-Oct-2020
The cynics win again. Bluff and bluster but the deadline is not enforced and so the talks continue …

It’s autumn and already the supermarket shelves are being stacked with Christmas specials while the British media tries to generate the false impression that there are shortages of essentials due to panic buying. For this Grandad mince pies are high on the essentials list – but with the raw materials to make them already stockpiled there are no concerns on that front. 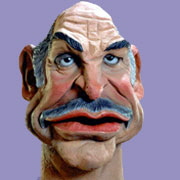 However taking a somewhat broader view there are plenty of things that could go badly wrong for Britain. First the infamous, but non-existent, trade deal with the European Union is needed by both sides – but not at any price. And those that expected the EU to take a pragmatic and fair approach have been rudely shaken out of their dreams. We have to hope that the politicians can stop playing their political games and come to a sensible solution. But it’s not something that has happened very often, or very quickly, in the past – and the EU has a worse than average track record; mainly because there are so many different countries trying to come to a common consensus. What suits Spain does not suit Germany, etc, etc.

With just three months remaining before the end of transition and just a few weeks before the next final deadline any businesses relying on importing or exporting across the Channel must be crying out for definite border policies and procedures. The optimistic view is that exports from the EU to UK will be VAT free and cheaper but the pessimistic view is that something as simple as buying an item on Amazon will involve extra processes that increase the final price significantly. Who knows? Certainly not Joe Public. And most probably not Joe Public’s member of parliament either.

Then a close second comes Covid-19 – or rather the various attempts by our leaders to solve a health pandemic by issuing random rules, laws and slogans. Today’s news that even if a vaccine is found and approved by early 2021 it will take all of next year to treat most people. So we face starting 2021 with both Covid lock-downs and massive hold-ups at all the ports. But our government has things under control, it says, and is looking to make things clearer by putting Covid restrictions into three tiers …

Some distance behind these two we have threats of political rebellions in Scotland and Ireland – plus even within Scotland – and an increasingly unstable situation within British royalty. With the head of state being in a high-risk age group, the heir apparent being past retirement age, the Duke of York being tangled up in US litigation and Harry, formerly known as Prince, having become a minister of the Woke-ist religion there is a minefield of potential disasters not far ahead for the House of Windsor.