As a fan of cycle racing the virus restrictions have meant that so far this year there has been no chance to watch hours of live TV from around a variety of scenic European venues. 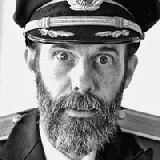 But today it was back to normal with Eurosport showing live coverage from Tuscany of races rescheduled from Spring. With a packed programme scheduled for the coming months being trapped at home will be a bit more bearable – despite the threats of infection from second waves and the constant stream of new rules to restrict our behaviour.

So how did Tuscany cope handling a sports event within the pandemic restrictions? No problem – the crowds were just as dense as previous years. No one in the crowds or amongst the officials was seen wearing face coverings. And the competitors were definitely breathing heavily by the finish. True it was outdoors which might help but the sheer numbers packed into the centre of Sienna meant that social distancing was non-existent. However it seems that no one was breaking the rules. Tuscany is functioning pretty close to normal. And based upon this afternoon’s observations the financial impact on this part of Italy will be far less than it will be in the UK.

Back here we have the Chief Medical Officer warning that restrictions cannot be relaxed as we have reached the limit of what can be allowed. The government are reversing the lifting of some restrictions with very little notice – and there are threats that pubs will have to shut in order for schools to reopen after the summer break.

What’s going wrong? Italy was hard hit at the start of the pandemic – so how come it is the UK where the restrictions are much worse and the financial impact greater? Clearly there are serious problems – but whether these are caused by the Goverment, the public servants, the medical professions or simply a stupid, non-compliant public is anyone’s guess …