Back in the day this time in July would be when whole towns went on their annual holidays. And even though the days of mass employment in a regional manufacturing industry are long gone people still feel the need to take a break now. 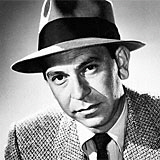 But this year there are some unique economic clouds to add to those in our summer skies. At the bottom end the over 75’s are facing the cost of a BBC TV licence being deducted from their pensions in August. While at the top end around 9 million furloughed – and government funded – staff are waiting to see what happens when employers are required to start contributing next month. The expectation is that many companies will simply make many of them redundant – with plenty of companies folding to avoid paying their debts.

Trying to get an accurate picture of employment this autumn – based upon realistic projections about thousands of employers – is almost impossible. Instead we have just best guesses. But even the most optimistic observers expect that unemployment will rise – quite possibly by a lot. A view that does not seem to be reflected in the recent story that unemployment could hit 3 million.

Given that there are 9 million on furlough – and that some sectors such as tourism, hospitality and entertainment are predicting up to 90% of them will become redundant – the figure of 3 million unemployed seems too low. For that to be the case a large percentage of the 9 million need to return to work.

Perhaps that is the government plan – but what ever is being calculated behind closed doors it would be much better for Whitehall to give us the unvarnished facts .. just the facts.