The last day of Spring marks the end of a quarter the like of which no one living today has ever seen before. 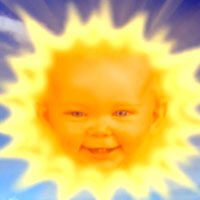 The virus that escaped from somewhere around Wuhan in China has been devastating. Not in the way that the two world wars were – but in its impact on our economies and way of life. It has become the unseen threat that could be hiding on every person and point of contact. The silent bullet that is not felt until days after it has hit its random target.

The nature of the virus and its infection process has fed two contradicting fears – huge death tolls and – overreacting to a minor health issue. And even though the 38,000 UK deaths to date are a shocking statistic the economic impact of the government measures – such as paying the wages of millions to stay at home – will hold the nation back for decades. So arguments are rife that lock-downs are being lifted too soon or not quickly enough. And that the virus is either a major threat to the nation or nothing worse than seasonal flu. Arguments that have now taken on political dimensions. With Labour supporters generally taking the opposite view to the Conservative ones. Hardly conducive to achieving the best outcome.

But politics, rules and regulations aside Mother Nature seems to taken notice of the lack of emissions from factories, motor vehicles and aviation. With reduced exhaust gases and the absence of con trails clouding the skies Spring has been a new experience for everyone here in middle England. Record sunshine hours, number of dry days and above average temperatures have pushed the time at home to new levels of outdoor activity.