Another week on, another deadline passed, more protests and the same pointless arguments. But now the UK-EU parody of the Monty Python dead parrot sketch is starting to wear a little thin. 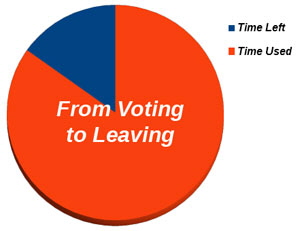 Almost all of us know that the Chequers donkey is beyond revival. In fact a recent online poll resulted in 97% of respondents voting against the official Brexit plan – with the remaining 3% apparently being made up of Whitehall civil servants or Conservative MPs trying to curry favour with their leader.

The chances of our political leaders and the superior minds of Whitehall letting the democratic choice prevail seem at an all-time low. We are all about to be well and truly put in our place; drones working to feed and fund the elite.

Hardly a pleasant situation as we approach the 100th anniversary of the end of the Great War – now known as the First World War. Especially when it is becoming apparent that the people will never be given a further chance of having a meaningful vote on any important issue in the future. 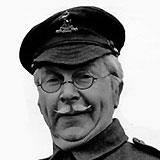 To our grandchildren we can now only leave the hope that one day they will succeed in this current struggle for a free and peaceful democracy. A hope expressed 100 years ago in this verse from the poem In Flanders Fields by John McCrae –

Take up our quarrel with the foe:
To you from failing hands we throw
The torch; be yours to hold it high.
If ye break faith with us who die
We shall not sleep, though poppies grow
In Flanders fields.

So we are shortly to arrive at the target date set by the EU and we have an unchanged, unresolved position. 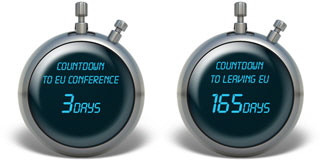 A position which remains one where Olly and Theresa are trying to get a deal based upon changes that the EU will never agree to. The Prime Minister and her civil service genius remain clinging to their fatally flawed plan like some broken lifeboat in a raging sea. There is the good ship Canada+ near by but they are refusing to let go.

Meanwhile back on dry land the EU remains committed to their rule that there must be controlled borders between member and non-member states. A requirement that makes the Irish issue almost insoluble. The UK wants an open Irish border. The Irish Republic wants an open Irish border. The EU requires the creation of a controlled border – by the Irish Republic.

If the Eurocrats are going to stick with their demands then there are no clever solutions for Ireland – certainly no clever solutions that are legal. However having a controlled border that has very few – if any – enforcers on the ground may have be a real world solution for everyone to quietly accept … 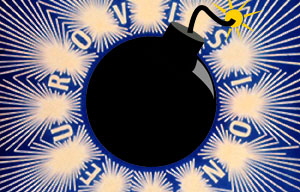 Recently the UK Transport Secretary and West Midlands mayor came together in central Birmingham to witness the official start of work on the new Curzon Street Station. It was billed as the start of the construction of the HS2 high speed rail line to London – and a major commercial property development alongside. 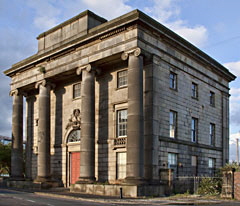 But the actual work at the Curzon Street site will only involve land preparation, archaeological works, some elements of the new station and a visitor centre. As far as Grandad can tell no actual track will be laid in this phase. Indeed it seems that no track has yet been laid anywhere along the route – with work on essential prerequisites like bridges and tunnels not due to start until 2019.

But even if everything goes to plan trains will not be gracing Curzon Street Station again for another eight years since opening is not expected until 2026. Then history will have come full circle since Curzon Street was once Birmingham’s central station. It opened in 1838 and was used by scheduled passenger trains until 1854 – just sixteen years. However it remained in use for freight right up to 1966. At which point everything but the original central building was cleared. It now stands as the world’s oldest surviving piece of monumental railway architecture.

Meantime close by in Birmingham, delegates at the Conservative Party have been arguing over calls for the entire HS2 project to be put on hold. And certainly later phases are already being held back for review. In practice these reviews could lead to the one or more later phases simply being allowed to wither on the vine – as happened with the Eurostar plans for north of London and the long-delayed electrification of the Midland Mainline to Sheffield. In the end it may all come down to the strength of the British economy from 2019 onwards – and, of course, Brexit!