To quote from The Guardian’s sales pitch …

The Guardian is editorially independent… it enables us to give a voice to the voiceless, challenge the powerful and hold them to account. It’s what makes us different to so many others in the media, at a time when factual, honest reporting is critical.

And for just an extra £20 a time you can also share the wit and wisdom of these two great 21st century thinkers. Sadly Grandad will not be able to attend …

Events at the Scottish Government often seem to relate to either complaints about the British Government, promotion of Scottish independence or parochial matters like awards for the best chippie.

But now comes the news that the Scottish powers-that-be have decided to spend around £11 million of tax payers cash on overseas aid to Malawi. A surprising choice of priorities considering that Scotland is explicitly excluded from giving out overseas aid. It being the exclusive responsibility of the UK government. But since no one has yet taken issue with the Scottish minister authorising these payments – or the Scottish Government’s Malawi Development Programme – it looks like Westminster is turning a blind-eye to the offense. At least for now.

However the news did not go down well nearer home as critical postings were soon rolling in from irate Scottish tax payers. There were lots of comments with similar sentiments and these are just three examples –

That’s one big food parcel which is off remit for the Scottish Assembly but they do like to kid themselves they are an international body but in reality are a devolved region of the UK. Like many on this forum I have to question why any foreign aid is being handed out when taxes here have been increased and domestic public services are being trimmed in some cases like Health unacceptably. All this so Sturgeon can strut her big man stuff as an ‘international politician’ using our money incorrectly. And the Malawian president can say ‘cha-ching’ as he trousers the dough for another jet. Any word yet about how the money is to be spent or do we trust one of the most corrupt governments in Africa to account for it?

WTF are the lunatics in Holyrood doing? What has overseas aid got to do with Scotland.

Utterly outrageous ,surely this is a reserved matter ,and since when do we need an ‘International Development Minister’ This is just another example of the SNP trying to pretend they are something more than a devolved administration. £11M ffs could be better spent closer to home and leave International aid to the proper government. £1M involving the shambolic NHS Tayside you couldn’t make it up. We are funding these stunts so as to allow Sturgeon et al to kid themselves that they are something other than glorified councillors.

So while this may not make the news outside of Scotland it is one more example of how our politicians are ignoring the people they are paid to represent. An example that joins an ever-growing list. One day the people may demand more direct accountability .. and hopefully getting it will be a peaceful process.

Even though the scoreboard shows 777 days since the UK’s vote to unjoin the European Union there seems little to celebrate – in the political world at least.

The Government’s current official position looks like an unworkable botch-up of assorted schemes and cunning plans that have been tried – and have failed – before. Something that satisfies no one but causes the least political damage. With this we certainly need some luck to avoid a chaotic 2019.

However one thing that has not changed is the gradually increasing flow of taxes to Brussels. In the 111 weeks since our Leave vote the estimated net EU payments totals £29,780 million. Now we – and the auditors – can never be sure of any EU figures but the amount will be still be vast no matter how much the numbers are adjusted.

With the promise to pay another £39,000 million to leave the EU we have a UK Government that will have spent around £70,000 million of our future taxes. On what? Nothing much!

And since we don’t have that amount spare it will go on the national debt – where it will incur many more millions in interest costs. 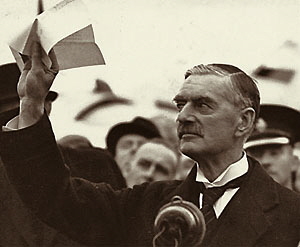 How did we get in this mess? Certainly the root cause must be our Prime Minister’s decision to give senior positions to MPs, civil servants and advisors who opposed the vote outcome. An approach that has directly led to the current Brexit-in-name-only plan.

It is now just 10 weeks – 70 more days – before a final exit plan is scheduled to agreed with the EU.

So will another Conservative Prime Minster come back from Europe with an agreement that settles our future? Will we have peace for our time? Or are we watching a rerun of the failed appeasement policies of the 1930’s?

There is no way that No Deal could be any worse …

The Bank of England (BoE) has today increased their base interest rate to 0.75%. In practice the least that that they could move. And an increase that has been long expected by the markets. 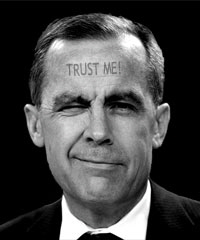 Despite being such a minimal change the media is already filling up with stories about how mortgages and savings will be affected. But in reality the rate rise will have limited impact – especially when compared to other countries and historic rates in the UK.

To a degree interest rates reflect the strength of a nation’s economy – with lower rates being used to help shore-up poor performance. So the 1.5% rate in Australia and Canada, the 2.0% rate in the USA and the 4.35% in China indicate that their economies are performing better than here. On the problem side however Japan’s -0.1% and the Eurozone’s nil% indicate that their economies are a little sick.

However this simplistic interest rate measure cannot be taken to extremes since the opposite effect can apply – for example when prices rise too quickly. Price inflation is traditionally brought under control by increasing interest rates. And not just by the odd 0.25% months apart. Any sudden price inflation can cause central banks to react with much bigger rate hikes. And it would not take much for UK rates to revert to where they were in 2008 – that is 5.25%. Now that would be noticeable after a decade of historic lows. Just remember that 5.25% used to be considered a moderate rate – and highs of 15% and more occurred during the 1980’s.

However the chances of that happening in the short term seem to be very low – especially since the BoE governor, Mark Carney, intends to stay in post until June 2019. And he will, quite likely, want to head for some new appointment with a clean sheet. But then we could be wrong and Mr Carney could be aware of problems threatening for later next year … and is going while the going is good.