Schools are out, holidays are here and for much of the UK the weather is Scorchio! And with Westminster’s summer session ending tomorrow we can all have a much needed break from both work and politics – possibly. 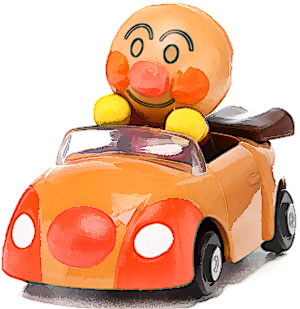 Sadly our government has left us with homework – in the form of a 104 page document setting out The future relationship between the United Kingdom and the European Union.

Now very few voters are going to bother to read this important White Paper; especially at the start of the holidays. And the few that do try might change their minds by page one – which starts out –

In the referendum on 23 June 2016 – the largest ever democratic exercise in the United Kingdom – the British people voted to leave the European Union.

And that is what we will do – leaving the Single Market and the Customs Union, ending free movement and the jurisdiction of the European Court of Justice in this country, leaving the Common Agricultural Policy and the Common Fisheries Policy, and ending the days of sending vast sums of money to the EU every year. We will take back control of our money, laws, and borders, and begin a new exciting chapter in our nation’s history.

Even those with little interest in politics may be able to spot some issues already – just two paragraphs in. For example taking back control of our money – when exactly did we cede control of the pound to the EU? And ending the days of sending vast sums of money seems to ignore the £39,000 million already promised to be sent to the EU in the years after 2019. And stopping free movement can never happen as long as there is an open border between Northern Ireland and the Irish Republic – since simply flying to Dublin, from say Athens, will still provide an open door into the UK.

But, in reality, what we the general public think of this plan has little importance. It is what the EU thinks that is the next big issue. And things have not started well.

Just one day after its release The Guardian reported –  The EU’s chief Brexit negotiator, Michel Barnier, has forensically picked apart Theresa May’s white paper after a meeting of the EU27, warning that the prime minister had failed to offer Brussels a firm basis for the negotiations. While The Irish Times led with – Brexit: UK’s White Paper largely unworkable, says Barnier.

So new boy Dominic Raab may have to cut short his holidays as Barnier told reporters: We have a lot of work to do with our teams. There are, as you know, 13 weeks left, before the October European council. In this time, short time, we have two things to do. We must finalise the withdrawal agreement and we are not yet there on governance.

However at least one man in Whitehall should be able to enjoy an even more luxurious break this summer considering the extra £20,000 he apparently received for simply doing his report-writing job. Go Olly!

Despite the positive result of finally passing into law the EU Withdrawal Act the past 50 more days have lead to a feeling that the British government is heading towards an ever-weaker Brexit proposition.

The most obvious development has been the apparent sidelining of David Davis and his Brexit department by a scheming civil servant we will call Olly The Mekon. A Whitehall insider setting Brexit policy while assisting the Prime Minister down a path that is, it seems, of his own choosing. It was hardly surprising that Davis resigned given the content of this official UK exit plan seems to have been prepared without his involvement. Worse still came the leaked comment by the PM that this confidential UK plan was shown to the German Chancellor before being released to Davis, the Cabinet and parliament. Talk about stabbing everyone in the back!

At this point it is worth recapping some earlier analysis with one telling report being published in 2016, before the Brexit vote, that outlined The process for withdrawing from the European Union.

This civil service document painted a very gloomy picture; mainly highlighting their perceived problems in leaving the EU –
– It could take up to a decade or more to negotiate firstly our exit from the EU, secondly our future arrangements with the EU, and thirdly our trade deals with countries outside of the EU, on any terms that would be acceptable to the UK.
– This long period of uncertainty could have an impact on financial markets, investment and the value of the pound, and as a consequence on the wider economy and jobs.
– Issues such as the rights of the approximately two million British citizens living elsewhere in the EU, access to markets for vital industries, and the status of Irish and Gibraltan borders would all need to be addressed.

And as was said here in 2016, after the Brexit vote, The report may be excessively negative but it does make some valid points. Now any Grandads with a strong commercial background would probably conclude that the best strategy would be to go for the simplest terms agreed as quickly as possible. In fact terms that could be as simple as a polite goodbye with no concessions or commitments. This would put the UK in the same situation as non-European countries and non-EU members like Turkey. ..Clearly a quick and clean separation would sweep away all the uncertainties but it would also upset those that want to hang on to EU membership for as long as possible.

Today it is touch-and-go who will win in the struggle between those representing the views of the pleb majority and those using their higher state of consciousness to lead us all down their path of personal ambition. Sadly the plebs have too few political representatives to get the views actioned. And our superiors seem blind to the prospect of the UK becoming a little more than a colony of the EU.

What a legacy for our grandchildren and truly a Friday the 13th scenario.

ps If you don’t remember the The Mekon aka The Greatest Brain in the Universe then you probably never read The Eagle. 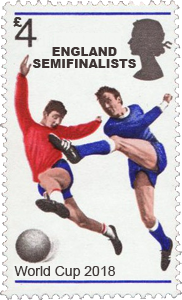 Everyone who cares is already fully aware of what happened last night. And there are more than enough comments and opinions flying around to render anything extra from Grandad superfluous. So just adding our bit to the chorus of thanks for a great effort by everyone involved.

Looking forward there is still that play-off for third place but that can only be an anti-climax after the earlier rounds.

And as the football euphoria dies down we have the prospect of witnessing some dangerous games being played by politicians of all parties on both sides of the Channel. A wrong move here would mean that we will all suffer – and for well beyond the 2022 World Cup … 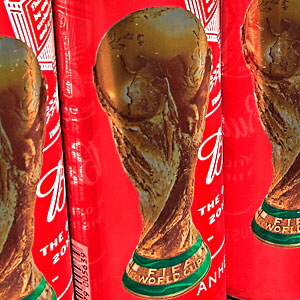 It’s hard to believe but the situation for England is unchanged one week further on – continued dry, sunny weather and still being in contention at the FIFA World Cup.

With lawns around the nation baked yellow, burning moorlands, political turmoil and bumper exposure for Budweiser we face the final two games for the four teams that remain.

Clearly everyone backing England want the final match to be on Sunday – especially since the alternative is a pointless match to determine a meaningless third place on Saturday.

What more can be said but … Come On England! 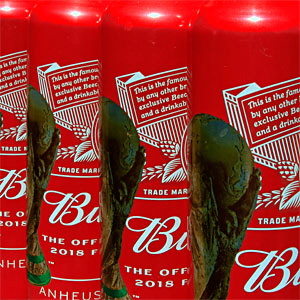