So exactly seven months on from our vote to leave the European Union we now have a decision on who needs to be consulted before we can resign. If progress by the UK government continues at this pace the EU negotiation window of two years maximum will close before any British plans are even submitted. 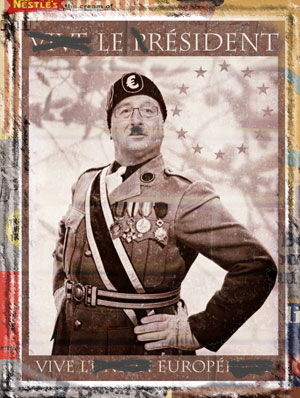 But those hoping to remain in the EU seem to have lost sight of how the EU plans to change over the next few years. Britain would not be able to stay on in the EU on its 1990 terms – even if leaving was reversed or delayed for decades. All those special terms that the UK enjoyed in the past will not be an option in the future.

The master plan to create a European super state unifying and integrating all its countries economically, politically and socially is the only vision of the future that politicians in Brussels will allow.

The pound would have to go, along with imperial measurements and an independent military. While the much despised British rebate is already being lined up for removal along with our veto powers over key policy areas. Obviously the free movement of people would be strictly enforced, despite UK objections, since it is one of the articles of EU faith that cannot be challenged.

So ignoring the majority and forcing Britain to remain a member would not provide a safe, stable or familiar future within the EU. Rather it would commit the country to a series of destructive changes at colossal expense. At the same time our reduced voting capacity would mean that even fewer British plans would gain support in Brussels. And with poorer member states easily outnumbering the net-contributors, like the UK, we would have to put up with more laws benefiting them while their escalating costs would get passed onto us. Not a bright future – even if the grand EU design actually worked.

Hyper-active dancer Bruno Tonioli, local girl Sophie Ellis-Bextor and vocal coach CeCe Sammy will appear at the Hammersmith Apollo next Friday as the judging panel for the UK’s entry in the 2017 Eurovision Song Contest.

Looking back over recent contests it is clear that it’s neither the singer nor the song that determines who gets the most votes in the final. A statement that is clearly supported by the way in which Australia was robbed of victory by the unoriginal and politically-themed song from Ukraine in 2016.

This year both Russia and Australia are back in the lead in the betting. But considering the UK’s political position within Europe the chances of any British song – no matter how good – getting in the top half of the results are next to zero. Even Lily Allen singing about the emotional torment of having to leave the EU against her will would struggle …

But this year the result of a song contest seems just too trivial to justify serious consideration when compared to all the other national and international issues we are facing. 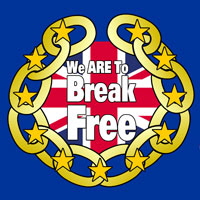 The combination of the Prime Minister’s speech yesterday and the Supreme Court’s promise today that they will issue a judgement next Tuesday has injected some much needed action into the Brexit soap opera. A drama that was in danger of boring its audience to distraction.

However, despite this welcome news, we are still awaiting the issue of that national resignation letter. And we are, of course, still bankrolling lavish, and unaudited, spending by eurocrats on their pet projects – and supporting their  comfortable life styles. The hope is that the PM, with the backing of parliament, will actually meet her own target of March for the resignation. But even so millions of our national taxes are still going to be siphoned off until 2019; as things stand.

So despite this week’s developments the British position is much the same as it was back in September and the advice then to opt for the simplest terms, agreed as quickly as possible, still applies. Let’s hope that Whitehall gets its act together and takes on board the advice that no deal is better than a bad deal …

You would think that with the government so strongly backing a third railway line from London to Birmingham that a basic national network was already in place. But this is far from the case as one Grandad discovered when trying to book train travel for relatives visiting from overseas. 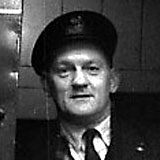 Both Oxford and Cambridge are high on bucket lists for UK visitors. But even though the two cities are only 110km apart on the map there are no direct train links. In fact the recommended route is Oxford to Paddington then Underground to Kings Cross and from there to Cambridge. Two changes and a best journey time of 2hr 29m – if you move quickly between stations in London.

And this is not just one carefully contrived example. Rather it is a typical example of the train travel options available. Getting from Cambridge to York would be much the same – also taking around 2hr 30 and involving a change of train in Peterborough. The next leg from York to Lancaster would mean changing trains in Manchester for another 2hr 30 or so journey. Then heading south to Warwick from Lancaster would involve two trains and an eight minute walk between stations in Birmingham; taking almost four hours to complete due to waiting times.

So success … well not really. These were the places that are easy to get to by train. Not surprising since they are, after all, county towns with plenty of rail services. For all the other bucket list places, outside of Edinburgh, Glasgow and London, it was not possible to plan a practical rail route. And since the visitors had asked to avoid changes of train it looks like they may have to be persuaded to stop over in Peterborough, Manchester and Birmingham in order to hide the fact that there are no direct services between the cities requested.

But at least there is one bright spot – a promise that the Settle to Carlisle line will be reopen by April; some fourteen months after it was closed by landslips. If so it will be back on the available list by the time the visitors arrive. 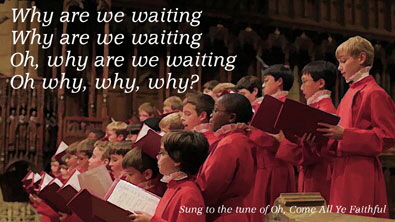 It’s back to work and school for many of the un-retired this week. But not before observing the traditional, and very short, season of resolutions and predictions for the year ahead.

As usual the resolutions are to do more good things and fewer bad ones. And the predictions are mainly of impending disasters – natural, financial or political – on a national or world scale.

But we all know that the vast majority of the words spoken or written will never become reality. They follow the truism enacted by so many, especially in politics, that – talk is cheap.

But 2017 really does require much less talk and much more action if the country is to avoid being stuck in some no-mans-land between independence and EU membership. A situation where we are excluded from Europe’s decision making but still have to pay the huge membership fees. And where we cannot enter into new external trade deals but are gaining less and less new business from Europe.

Now the figure of £350 million per week going to Brussels has been dismissed as misleading since it excludes the Thatcher rebate and any money that the EU currently spends back here. But since the referendum last June Brussels has upped our contributions and these could well increase again if the EU votes to scrap the rebate once the voting rules change in April.

However even the most die-hard EU fan has to admit that at least £121 million per week does get kept by Brussels. This means that during the 27 weeks of talking since the referendum have seen some £3,271 million of our tax contributions go permanently down the Brussels drain. Soon these will be followed by another £1,575 million purely because we are waiting for the Government to issue our leaving letter. Clearly those in power need to take on-board that other truism – time is money – and get things moving; fast. If not then more and more of the country may well be singing –