Looking back at the year here in the UK there have been some major decisions taken. After years of delays there was the choice of Heathrow over Gatwick for an extra runway. And, at last, an agreement on a new nuclear power station for Hickley Point. Plus, of course, the once in a life time chance to have a vote on the UK’s membership of the European Union. 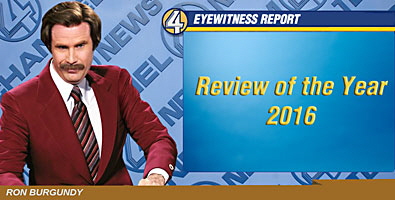 But on reflection many promises and plans failed to reach their targets and objectives. Some never even left the launch pad.

In politics, of course, the big one was the vote where the populus refused to be pressured into accepting a future tied to building a single European super state. But six months later and the actual implementation of this critical decision is still stuck in quicksands around parliament and delayed by legal processes. Clearly the people’s decision was not the one that the power brokers wanted to hear or can now accept.

In transport we had another year where HS2 kept consuming public funds at an alarming rate but without actually laying any tracks. This prestige project has already taken longer to get to this point than it took the Victorian navvies to complete an entire railway between the same two stations – by hand. But at least some lower profile railway projects did produce results. For example the delivery of the first of the Hitachi Intercity Express trains being built at Newton Aycliffe, County Durham. As reported here before these new trains – and others proposed – will be able to cut journey times using existing tracks. In fact, well before the HS2 links arrive at Leeds and Manchester, these new trains could be providing nearly the same journey times as HS2 – for much less cost and lower fares.

In energy any electricity from Hickley Point is still decades away and it feels like only a succession of mild winters will avoid major black-outs as demand continues to climb but capacity steadily falls. The idea that all new homes would be zero-carbon was quietly abandoned. While the smart meter project limped along – costing more but achieving less. And extra gas from fracking will not be around to help – as a combination of indecisive leadership and grass roots protests crippled all attempts at drilling.

In the media the year is probably best described as familiar. The press stuck to the traditional views of themselves and the world at large. While the BBC continued to claim it was both politically neutral and seriously underfunded. So still living in a world of its own. One day someone will bring reality to bear on the claim that we are all happy to pay the TV tax as good value for money … but that’s some way off.

In sport things looked much brighter in 2016. Everywhere there were victories, records and medal winners. A truly memorable year that will be hard to match. While it is true that England continued to fall short of expectations in the national game – football – again; the other home nations did a good job at making amends. Sometimes having the richest league does not help build a winning national team.

So it is probably best to look back at 2016 as the year of sporting success – and forget all the other issues. At least until life returns to normal early in January!

Today sees the start of a second legal process to give a further opinion about who needs to be consulted before the EU withdrawal letter can be sent. A process expected to take us past the six month anniversary of the vote and into 2017.

Yet this is a legal process that need never have happened. If the Prime Minister had accepted the outcome of the previous court ruling and tabled the minimal withdrawal bill before parliament the issue could have already been resolved. This expensive and time consuming approach of appealing to the supreme court does call into question Mrs May’s judgement and even her motives. Since as things stand she has not actually completed any of the steps needed to implement leaving the EU. 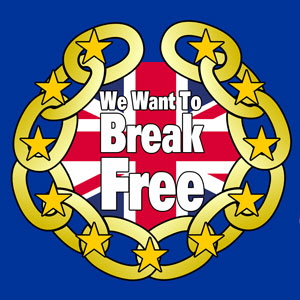 A once in a generation decision

The referendum on Thursday, 23 June is your chance to decide if we should remain in or leave the European Union.

The government believes it is in the best interests of the UK to remain in the EU.

This is the way to protect jobs, provide security, and strengthen the UK’s economy for every family in this country – a clear path into the future, in contrast to the uncertainty of leaving.

This is your decision. The government will implement what you decide.

And we all know that despite continual pressure from both the Government and the opposition parties over an extended period our majority decision was to leave.

So when will the current government – or indeed any replacement government – actually make it happen? These constant delays and attempts to redefine what Leave means are getting very frustrating … 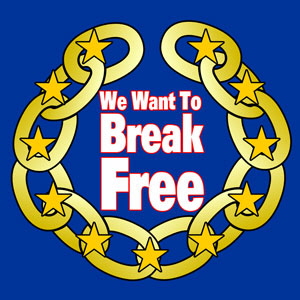 The British public would be voting, if we Leave, to leave the EU and leave the Single Market – David Cameron, Prime Minister in BBC TV interview broadcast nationally 12-Jun-2016.

We’d be out of the Single Market, that’s the reality, Britain would be quitting, quitting the Single Market – George Osborne, Chancellor of the Exchequer in BBC TV interview broadcast nationally 8-Jun-2016.

And all of the Remain campaigns boldly stated what a vote to leave would mean. Most of their material is still online and can easily be checked by anyone unable to remember as far back as June.

Yet this week we have – there should be a second referendum because people did not know what they were voting for – Sarah Olney, LibDem MP on BBC TV. A view supported by her party leader.

So now we have the surreal situation that Remain politicians are saying that their own party’s pre-referendum statements – and involvement in Project Fear – never actually happened. A denial of the truth that even Paul Joseph Goebbels would have struggled to sell. 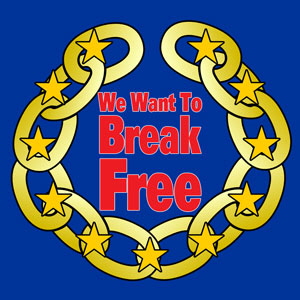 We start another month without any form of public admissions or signs of progress on that most basic step towards leaving the EU – written notice.

It is twenty-three weeks since the UK voted to leave. Everyone knows the official result – not just in the UK but throughout Europe – especially the Brussels politicians. Yet we are going through a charade of delays and petty arguments about who needs to be told, by whom, where and when before the withdrawal notice can be officially issued.

Everyone already knows the people’s decision. How can all these delays and arguments be expected to change the result? What is the point of putting off any useful discussions with the EU until the end of March 2017? Why does it take so many politicians, advisors and civil servants to put into writing what is already *!# obvious?