The big guns at our state broadcaster have been testing public reaction to potential changes to the UK’s annual TV licence fee. Their rather obvious aim is to try to raise more money for the BBC. And some say that is needed more to maintain the extravagant life style of those at the top – than to produce programmes that its captive audiences actually want. 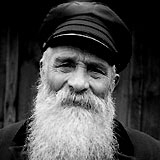 This week the latest mad idea was that the over 75’s could be persuaded to continue paying the TV tax voluntarily – possibly pushed along by adverts featuring some of the BBC’s silver celebrities. Sadly for the BBC this idea did not go down too well. Being asked to pay more by people made rich with the help of the BBC has lead to some rather predicable reactions. Most are along the lines of – the silver celebrities can pay it if they want to – they have done well enough out of the BBC to afford it. But why should UK pensioners pay to prop up a BBC pension scheme that is far more generous than the ones the licence payers get themselves.

The BBC has promised to cut back its byzantine, bloated management structure but the real question that pensioners need answering is why do they have to wait until age 75 before the TV levy stops? Why does £145 still get deducted from virtually every household’s income even after the occupiers have retired? With a pension age of 68 that’s at least a further six years of paying – making £873 in total – and it’s not even tax deductible!  Anyone paying income tax cannot claim back this unavoidable state tax. It has become, in effect, a compulsory after-tax deduction.

So this particular idea may soon fade away – but it seems likely to be followed plenty of others before the next BBC settlement is agreed. But whatever happens this is one Grandad that will stop paying at age 75 …

Charlemagne became king of the Franks in 768 AD and extended his control through also becoming King of Italy just six years later. This expansion of power continued to the point when, in 800 AD, he was created head of a new Holy Roman Empire covering much of Europe. Then his main base was at Aachen in modern day Germany. And in 1950 that city introduced the International Charlemagne Prize of Aachen.

The first of these Charlemagne Prizes went unsurprisingly to the founder of the Pan-European Movement – Count Richard Coudenhove-Kalergi. And since then its aims have been to reward any major steps towards the unity of Europe and to encourage more unification in the future.

Reading the list of past winners throws up some names that even the less-interested Grandads might know. Last year it was Martin Schulz and in 2014 Herman Van Rompuy; two highly paid Eurocrats. Looking back a bit further we have Angela Merkel (2008) and Jean-Claude Juncker (2006) – so no surprises there. But things are not always so obvious. In 2004 it was the Pope – then John Paul II – that got the award and some sources say that in 2016 there be a repeat with Pope Francis adding to the Holy Roman image of this grand reenactment plan.

Now the UK has often been around the edges of any European master plans. But still Tony Blair (1999), Roy Jenkins (1972) and Edward Heath (1963) have all been winners of the Charlemagne Prize in the past – to reward their pro-European efforts. As was Sir Winston Churchill in 1956 – but in this case his efforts as the British wartime leader put him in a different league.

For any Grandads who remember WW2, or who learned about it from their parents, the whole concept of creating a single European nation has dark echoes of that previous Nazi master plan. Hitler’s megalomania had much in common with the plans of Kaiser Wilhelm II and Emperor Napoleon before him. With Britain having fought against all three of them the thought of having to give away its sovereignty to a Europe controlled by Germany and backed by France is not an easy one to swallow. Especially since we thought, and were told, back in the 1960s that we were only joining a European free trade area. 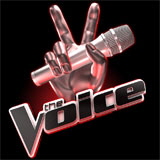 Tonight sees the start of another season of The Voice on BBC TV. This multi-million pound, extravagant production is the UK edition of a reality singing competition created by Dutch television producer John de Mol – who also created Big Brother. Now franchised worldwide, including such unlikely places as Afghanistan and Vietnam, it has helped push de Mol into the billionaire bracket since it started in 2010. However few of the UK contestants progressed very far in the music business despite their free national exposure. And even the winners have had limited success. Perhaps this year will be different? Perhaps not ..

Meanwhile submissions for the UK entry in the 2016 Eurovision Song Contest (ESC), also on BBC TV, closed back in November. The shortlisted entrants were all informed by the start of January according to the BBC but nothing has appeared on the official BBC website as yet. The plan is that the final shortlist will be presented to a professional panel and the public, who will have the final say on which song is taken forward. So that seems to say that The Voice and the ESC national competition will both be asking for our votes over the coming weeks. 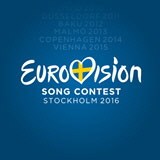 But not everyone (anyone?) thinks the handling of our national ESC entries in recent years has been good enough. Certainly recent British songs have been very late making their public appearances. And once available they lacked any serious promotion or overseas exposure. Instead the BBC’s limited budget seems to have been spent on staff having extended parties in the host cities.

Just how far the BBC is behind the curve can be judged if you take a look at the other counties and their schedules. This weekend will see the second live show for the Belgian entries with the final next weekend. The finals of the competitions in Belarus and Malta then follow soon after. And during February there are no less than 31 contests around Europe to select their respective entries – but so far nothing is confirmed for the UK entry. True there are still four months before the ESC final in Stockholm – but after last year’s late, weak, inept and truly embarrassing performance you would have thought that the BBC would have finally got the message … and, at least, kept up with the other broadcasters.

So after Grandad’s misguided optimism for our ESC entry in 2015 the only predictions this time are that The Voice will move to ITV next year and the UK will finish in the bottom five at Eurovision 2016.