Last November in Catalonia a vote for independence from Spain resulted in 80% voting in favour. Yet the Madrid government has firmly refused to recognise any such separation moves. Here in the UK last September’s vote in Scotland showed that a 400,000 majority were against independence. Yet the SNP still claim to have a mandate to continue their plan to break away. Even claiming that they would have won had it not been those unconvinced senior citizen voters.

This could be no more than political posturing after a major defeat – except for the upcoming vote to elect Westminster MP’s. The vote, in just six weeks time, is predicted to give the SNP a big share of the 59 possible seats at Westminster.

This prospect has lead to SNP politicians claiming that they will then hold the balance of power at the much-hated Westmister. And just yesterday they claimed that they would sink a minority UK Conservative government by voting down key legislation; such as the Queen’s Speech. A move that would support the theory that SNP MPs at Westmister aim to become so unpopular that English voters demand that they leave. After all independence of England from Scotland is just as effective as Scotland from England for the dedicated nationalist. 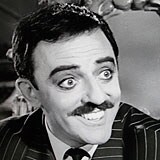 But pretend for minute that this unlikely scenario did came about. Scotland would be in the same, crazy situation of having independence from Westminster but not from Brussels and relying on a currency provided by London rather than the EU.

The point being that the key issues that sank the SNP’s boat last year are still there. Irrespective of how many disruptive power-broker MPs the party gets into Westminster the critical issues involved in establishing a new country in 21st century Europe remain unresolved.

After complaining about the BBC’s poor choice of songs in previous Eurovision Song Contest Grandad has tried really hard this time to be positive and hopeful for British success in Vienna on 23rd May.

Despite last year’s dismal choice Grandad is hoping that BBC Executive Producer, Guy Freeman, can live up to his six-figure salary this time around. Certainly his quote on the official Eurovision web site shows conviction; “I am thrilled that Alex and Bianca will be representing the UK in this year’s competition. Our song for this special anniversary year has an up-tempo beat and an irresistibly catchy hook that is sure to get the party started in Vienna”. This view of impending success is supported by the even higher ranking BBC UK Controller of Entertainment Production who adds “I am certain Electro Velvet will dazzle in Vienna for Eurovision’s Diamond Anniversary and do the UK proud”.

Sadly Grandad’s new positive approach is not shared by many in the British media. “Pop duo Electro Velvet will represent Britain at this year’s Eurovision Song Contest, once again demonstrating the BBC’s commitment to never again hosting Eurovision“ and “Do we have to send another bunch of no hopers to ritual slaughter? Is anyone actually enjoying this annual parade of national embarrassment?” are just a couple of quotes from today’s papers.

The fact that the Beeb has selected a group created just for this competition does not build confidence. And with the two group members being a primary school music teacher and a struggling 26 year old reject from The Voice the critics do have a point. But with the ESC still attracting millions of UK viewers- and a predicted 190 million worldwide – it remains the best opportunity there is for BBC executives to show the world their deep understanding of contemporary popular music.

The only slight concern is that this year membership of the European TV network has been expanded, for one year only (?), to include Australia’s SBS. With a direct pass into the final their entrant, the multi-talented singer and ARIA Award winner Guy Sebastian, could prove to be the ultimate insult to injury. Not just for the British viewers but for the BBC itself. It will not look good if the self-styled world’s largest broadcaster is outshone by a much smaller public service broadcaster operating without any licence fee income.