The BBC, and British TV in general, certainly cannot be accused of neglecting its old friends. The last week has seen so many repeats, re-edits, remakes and recycling of old scripts that it has been hard to work out which decade, or even century, we are actually living in.

Viewing TV during the Christmas break could result in being time shifted backwards anything from a few days to 70+ years. For example switching on during Chas & Dave’s Christmas Special it was a bit confusing to see a young looking Eric Clapton playing to a pub crowd dressed in 1980s fashions. It was not until the end that a copyright credit dated 1982 explained all.

Then we had the remakes of Open All Hours that featured many of the familiar jokes and cast. But this curious mix of old and new failed to reach the standard of the original. The new wine in old bottles approach did not work. 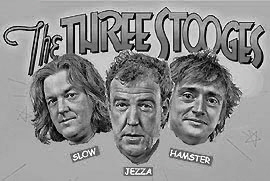 However the most confusion was caused by the latest Top Gear special – in that it had a 20th century script but was apparently being acted out by the fathers of the original presenters. The familiar driving down unsuitable tracks, wrecking cars and crossing dodgy bridges were all there. But sadly this new show lacked the appeal of early versions – partly because the aging presenters were much less capable of recovering from their juvenile stunts. It had become graying, grumpy old men in cars.

Now surely there must come a point where UK TV discovers that making yet another series of an old show – no matter how popular – is not the way to make progress. If not then broadcasting on fixed schedules will – like BBC3 – just fade away. 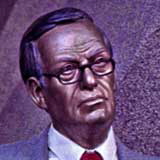 Soon after Grandad pointed out problems for us if Turkey joined the EU comes the news that this country of 75 million people will qualify for EU benefits without having to join. The UK government took the proposed rules changes to the highest EU court – and lost (again). Reports of the court’s decision in the popular press resulted in some heated reactions. They are probably best summarised by this one at the Daily Mail – Just over 3 million unemployed in Turkey at the moment, I guess a large percentage of unemployed people from Turkey will eventually head here with extended families. Average family size in Turkey 3.7. – its going to be a benefits tsunami.But with major employers, like the NHS, saying it is cheaper to hire overseas than train new recruits from the UK it seems that the prospects for those leaving our schools and universities have just taken another blow. With the UK trapped in a net of EU rules, restrictions and financial burdens Britain’s options seem to be coming down to either leaving the EU or cutting all forms of state payments to the levels found in other EU countries. 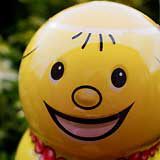 Back with the HS2 rail scheme it’s not just Grandad that questioned the dubious choice of Euston as its London terminus. As with all complex projects it is often the details that come back to bite the visionary grand plans. And in the case of Euston HS2 there are plenty of details – some with big teeth.Take this view from opponents – We have seen the cost of the station rise from £1.2bn, to £2bn to £7bn, and now to an unspecified figure that HS2 state that they are now unable to afford. The opening date for Euston Station has been pushed back from 2026 to 2034.

And the Daily Telegraph reported –  HS2 has been forced to scrap plans for its London terminus at Euston, dealing the high-speed rail project a potentially fatal blow. Quoting Euston’s Development Director as saying that – design work on the station has been stopped because HS2 simply couldn’t get the costs and benefits of the scheme to balance in an affordable way. And that the current proposals were not a fundable option and could not be made to work financially – there was no business case.”

These proposals involved demolishing the existing station and creating new levels above the rebuilt concourse. This commercial property along with demolition of other nearby property, including much of a council estate, followed by more development and rehousing was supposed to make Euston HS2 into a money spinner. Hence the voices in support … 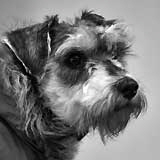 The strategies used in the fuel poker game played played out for years between petrol producers / wholesalers and the Chancellor have collapsed. Early last year the retail price of petrol & diesel was climbing steadily – with petrol reaching 138.32p a litre by late February. Now a litre at the same pump costs 110p.This switch from a game with a scarce resource to a game played with chips that are falling rapidly in value has caught both sides out. With world prices likely to fall further due to shifts in the balance between production and consumption both sides need to rethink their game plans.

For the producers / wholesalers any plans for developing the more expensive oil and gas fields will need to cut back – along with profit forecasts. For the Treasury predictions of ever increasing fuel taxes now seem too simplistic.

For most Grandads the cheaper fuel will be a welcome relief – at first when filling our tanks then, hopefully, through cheaper distribution costs boosting the economy in general. But the luckiest Grandads may well turn out to be those in Scotland not dependent the oil industry. There a Yes vote for independence would have meant the SNP starting out with a national budget whose key income source had just been cut severely.