With Black Friday and Cyber Monday sandwiching the weekend the consumers in society have been at peak consumption. And the chief motivation has been getting a one-off retail bargain. But for some of the big corporation structures behind the UK retailers involved seem to have been getting massive bargains every week – through complex schemes that minimise their tax bills.

Now this is nothing new. Years ago it was claimed Ford had not paid any UK corporation tax since it was first established. But recently the large-scale corporate tax reduction issue took a new twist. It hit the news when the International Consortium of Investigative Journalists made public their analysis of leaked documents related to over 500 favourable tax rulings made by Luxembourg. All made while the new EU president – Jean-Claude Juncker – was its prime minister.

They published a well researched case showing that many companies were using offices in Luxembourg simply as mailbox addresses. And discovered that just three buildings in Luxembourg held the registered national offices of more than 4,000 corporations whose businesses were carried out elsewhere. The revelations of how Luxembourg’s corporate tax avoidance factory actually worked have made Juncker’s repeated claims that his country was not and still is not a tax haven sound a very long way from the truth. But then JCJ is famous for his statement  “When it becomes serious, you have to lie” – and it certainly looks serious now. Time for the EU to get out a big brush and find a big carpet?

But enough of the international big issues. What about us at the grass roots? Well for at least one festive purchase it must be good news. Look at this order summary received from a major online retailer earlier this week.

Does that VAT amount seem odd to you? It’s unlikely to be a computer error – so perhaps the Chancellor has cut the VAT on music to just 6% without telling us. Or perhaps there are some cross-border manipulations at work. Who knows? But it’s certainly cheaper than the £2.26 charge that VAT at 20% would have incurred. 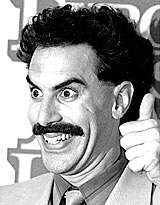 Yesterday the BBC News bulletins were headlining a report stating that EU migrants had added £20,000 million to the UK economy over a ten year period to 2011. Even though this was only aired yesterday the item has sunk out of the news summaries today. Not surprising considering just how misleading the headline was and how many holes were shot in it once in general circulation.

But leaving aside the arguments over what has been missed from the calculations it was the identity of the authors that was quite interesting. The lead name was Prof Christian Dustmann (definitely not Lonnie Donegan’s father) an immigrant to the UK from Germany who has occupied various posts at University College London (UCL) for around 20 years. UCL is conveniently located for any civil servants wanting suitably academic reports on topics they want to avoid tackling themselves.

And the same Prof Dustmann did produce a report on immigration for the Home Office in 2003. It contained the hugely inaccurate prediction that from 2004 the level of EU immigration would increase by just 5,000 to 13,000 a year. 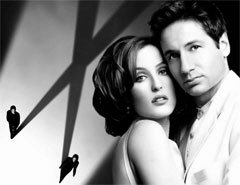 Now quite separately there is a long-running story on the Internet known as the Bielefeld Conspiracy. The story involves the unusually low-profile for the German city of Bielefeld. It claims that dark forces and the authorities have created and maintained an illusion that this city actually exists. So anybody claiming to have been to or knowing anyone from Bielefeld must be part of the conspiracy or have been deceived by the elaborate illusion.

And yes .. Prof Dustmann claims at have a Vordiplom (BA) in Business Economics .. from the University of Bielefeld.

Time to call back those very special agents ..