Now that the HS2 project has become an unstoppable political necessity it must be time to think through how to get the best out of it. And starting at the beginning; a serious question has to be – why start at Euston?

The HS2 route planned for getting out of central London involves a tunnel all the way from Euston to Old Oak Common and beyond. There it will connect with the Crossrail project and, unsurprisingly, the station may be renamed Crossrail Interchange.

Even with the existing plans there are clearly huge savings to be made in time and cost if HS2 simply started from Old Oak Common. When you also consider that all the trains to and from Euston are planned to stop at Old Oak Common – most passengers from Birmingham would find it quicker and easier to leave HS2 at the interchange; even if it did not reduce the fare. Switching to Crossrail here would provide travellers with direct services to far more districts of London than Euston would. Also the Interchange is planned to link with the existing Heathrow Express service and the Great Western Main Line.

Eliminating the low-speed HS2 section from Euston would also reduce the journey times to and from Birmingham. And if the plans were revised further so that the HS2 and Crossrail tracks actually connected – rather than being just close by- then trains could run directly between Birmingham and all points served by Crossrail to the east.

So who could be against a logical scheme that reduces costs, saves travel times and links with more locations?

Well at this point we get back to politicians. Conservative MP Theresa Villiers has rubbished the Old Oak Common interchange plan as being Wormwood Scrubs International and Mayor Boris Johnson ruled that the interchange station would not receive any extra Crossrail funding. It is still on the plans only because Kensington and Chelsea Council underwrote the £33 million involved. MP Philip Hammond has said that it is not an option to .. Lug your heavy bags down a couple of escalators along 600m of corridor and then change trains at a wet suburban station somewhere in north west London. Not the brightest of endorsements but then I assume that Mr Hammond must actually live at Euston Station or has a civil service chauffeur on call. Certainly anyone arriving in London by train or plane from almost anywhere will have to lug their heavy bags down a couple of escalators, along 600m of corridor and change trains more than once to get to a wet main line station somewhere near Euston Road …

Now there was a plan to make Heathrow the interchange point with HS2 but that seems to have disappeared – like the unresolved objections to both the detail of and the overall case for HS2. Despite everything Old Oak Common station remains the key interchange on the detailed HS2 groundwork plans as at this morning. So it seems that we are heading for yet another compromise where everyone gets second best … 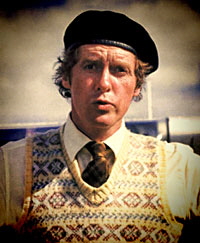 his month has seen a renewed media prominence for the UK Government’s smart energy metering plans – for example the BBC giving another news slot for the body charged with its introduction. And so far these plans seem to be taking the normal route of a poor analysis of the costs / benefits followed by a total blanking of anyone that does accept the Ministry’s conclusions.

But where did this mad scheme to scrap millions of working gas and electricity meters for no guaranteed benefit come from? It would be easy to blame Ed Miliband – since it was he that produced the UK plans in 2010 when Energy Secretary.

However it was not entirely his own idea. It actually came from the EU. Under their Third Energy Package (2009) member states (we prefer to call them countries) were required to undertake a cost benefit analysis of smart meter roll-out and submit the results to the EU Commission by 2012.

Countries that have actually done this analysis found insufficient benefits in around one third of the studies covering electricity metering and two-thirds of those covering gas metering. The big undecided was Germany. However they have now given a maybe response with Germany officials stating that the EU proposal would be inadvisable. Because installation costs would be greater than achievable energy savings for those users with low power consumption – in other words the typical Grandad. And this is exactly the same conclusion reached by many in Britain who are already very careful with their energy usage.

No amount of tariff searching and supplier swapping will avoid the fact that the cost of smart meters will be added to everyones’ bills. The careful user – who probably already has an electricity usage monitor and submits regular readings online – will see their efforts to reduce bills reversed by tariff increases they did not want, need or deserve.

There are, of course, plenty of opponents of the scheme – for example Stopsmartmeters.org.uk – but there is a danger that their arguments will drift away from the failures in the cost / benefit analysis onto less certain issues such as the possible health effects of wi-fi radiation.

So does the muddled mind of Frank Spencer live on in our esteemed Government and its civil servants? Yes, Minister.

For a more see the 2013 article at The Register.