Grandad’s Web Site Of The Day …

Today marks the 700th anniversary of the defeat of King Edward II of England by the Scots lead by King Robert the Bruce at Bannockburn. 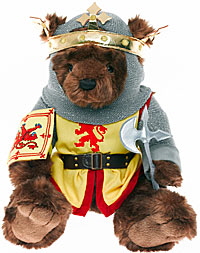 It has been made into one of biggest re-enactment events of the year. And the battlefield heritage centre has been rebuilt to provide visitors with the Battle of Bannockburn experience. Here Hollywood meets Bannockburn and puts you right at the heart of the action with blood, guts and glory. To quote the official website.

Despite a solid shift away from the idea of a single European state – and the UK Prime Minister’s objections – the chances are that J-C Juncker (not Junkers – that was a German bomber) will take over from Manuel (J M Barrosso) as President of the European Commission on 1-Nov-2014. 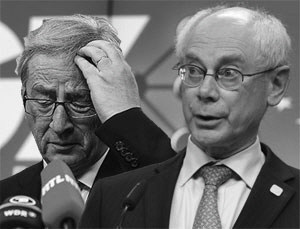 He will join our man Herman (aka Gollum) for a just short time – since the handsome, charismatic H Van Rompuy ends his term as President of the European Council on 30-Nov-2014.

Now there seem to be a range of views on the first of the two pending appointments. And the most common one seems to be – Who cares about any of these European political appointments anyway? They have no relevance to our lives. This is closely followed by views along the lines of – Let’s just leave these EU politicians behind and go back to just being a Common Market.

Very few express any support for Juncker – or anyone else. And even fewer know why there needs to be two EU Presidents anyway. No, the main interest comes from professional politicians – and even then it’s those whose own career may be affected.

So what next? J-C Junker will get the job, probably after a face-saving vote. He will then set about ensuring that the UK comes off worse in all future policies and decisions; as payback for the UK not supporting him. But that will just be fuel to the fire for the anti-EU protest parties.

The main political parties in the UK all support, to some degree, immigration despite growing public concerns. As a result the population continues to climb. At the end of this month another statistics year will end but we will have to wait a while for the results. However the prospects are that the population will have grown substantially – and even more than in 2013. 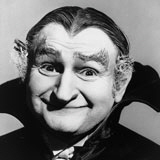 Last year the net UK population increase was 420 thousand. Yet our larger European neighbours – France and Germany – only had increases of 319 thousand and 166 thousand respectively. When we allow for the fact that the UK’s net figures offset the 352 thousand that have moved out then you can see the true scale of the population turnover.

Recently some politicians have sought to justify the continual net inward stream of people by saying that immigration is needed to provide staff to care for the elderly! And I guess that means us. But has Britain really got to such a state that it cannot look after its own senior citizens?

No, it is just an excuse to cloud the issue and make it seem as if Britain will collapse without help from overseas. But a far more likely cause for collapse is the long running pyramid scheme that we find ourselves trapped in. A scheme where more and more people need to be recruited into the UK taxation regime (income tax, NI, council tax, VAT, etc) each month in order to pay for the increasing costs of supporting existing members. But the ones being recruited now will simply increase those that become dependent in the future. So the UK taxation pyramid needs more and more new contributors coming in at the bottom to keep the schemes solvent. The classic feature – and weakness – of all pyramid schemes.

Of course smart politicians know this already. But none of them can face the risk of our national Ponzi Scheme collapsing. And the only way of keeping UK Taxation Plc afloat is to keep increasing its membership – though immigration – no matter what that means for housing, transport, health or education.