In 1998 the new Sheffield City Airport opened to provide fast convenient travel for the four million people within a forty minute drive … opening up a gateway to Europe for businesses in Sheffield … instead of going elsewhere .. they will want to fly from Sheffield. [to quote the airport’s PR from the time]. Things started out well but then passenger numbers declined – after peaking at 75,000 – and the last scheduled flight left in 2002. With Sheffield City Council quoting losses of £400,000 a year it closed completely in 2008. 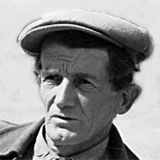 The lease on this £1 million, 80 acre site allowed for the transfer of ownership at a nominal £1 if the airport was not financially viable after 10 years. So the leaseholder could simply let the airport wither on the vine. The ten years were up in 2008. Now five years on from the closure there are still groups trying to stop the airport being built over – but in reality not enough of those four million people need to travel on short-haul or business flights from Sheffield. Grandad predicts that Sheffield’s planned HS2 railway station awaits a similar fate when (if) the new tracks get built.

But still the nearby Doncaster-Sheffield Airport would seem like a better prospect. Mainly because its huge runway lacks the aircraft restrictions imposed by Sheffield City’s limited space. It opened in 2005 so had little impact on the demise of Sheffield City. And at Doncaster-Sheffield passenger numbers topped 1 million per year by 2007. However the airport can handle around 2.5 million passengers per year and numbers had fallen back to 700,000 by 2012. Next month work is due to start to provide the missing link road from the M18 motorway. But sadly the planned new road stops short of the airport’s own access road by just over a kilometre! So the drive times will not improve by as much as was hoped.

Even with a better road Doncaster-Sheffield will still lack enough (any) scheduled flights to European business centres and have no internal, short-haul flights to London or the major UK cities. If the region really did need high speed travel to London or Birmingham, to boost the local economy and create jobs, then it could have it now by air – rather than in 20 years time by rail.

Byte Lives On – Even though the original Byte magazine closed years ago a few enthusiasts have been working away to put some of its back issues online. So now you can read PDF versions of the magazine, starting from Issue 1 (September 1975) by downloading copies from various archives. As usual you need to take care when downloading from untrusted web sites but – ftp://helpedia.com/pub/archive/temp/Byte/ – seems to contain the genuine files.

Cyprus Moves On – While the UK media has lost interest in the financial problems of Cyprus life still goes on there despite the crash. And the latest news from the troubled Bank of Cyprus is the appointment of a new board of directors. Not normally a subject of much interest – but this time the old order was pushed aside by six new directors from Russia. According to a Cypriot commentator – “They have a strong incentive, recovering some of their lost millions, will have no links – and therefore no obligation to help – to big, local businesses that cannot service their loans and will abhor seeking consensus with the union on staff issues. The bank would benefit from the more ruthless management style used at businesses in Russia.” Apparently there has been a sudden boost in demand for English-Russian translators on the island.

Song Contest Drags On – Back in May Denmark won the 2013 Eurovision Song Contest despite a strong showing by Azerbaijan and the Ukraine. Over recent days a number of sources have alleged that more than one song was boosted by bought votes. Grandad has no evidence of any of this Eurovision vote rigging – but equally has no recall of ever hearing any appealing songs from Azerbaijan, or Armenia, or Serbia, or Moldova, or FYR Macedonia, etc [Letting Scotland choose the UK song for 2014 is still an option …]

Nothing is more reminiscent of the early days of personal computers than Byte – the US-based magazine – that was first published 38 years ago this month; in September 1975.

In the first issue the lead articles were about – using cassettes for data storage, writing your own assembler software and picking the right microprocessor.

And don’t forget that this was some six years prior to IBM launching their first personal computer – destined to become the spiritual ancestor of all today’s Intel-based systems.

In 1975 micro-processors were experimental self-build projects with little or no readymade software and major technical restrictions. And 1975 was also the year that Steve Wozniak started on was to become the Apple personal computer. That first Apple production batch sold for $666 – a price that converts to some $2,800 today. So quite an investment for what was just a basic board – lacking a case, power supply, keyboard and monitor. Even the  cassette interface was extra – and not available until after the board’s released.

It was not until 1977 that a packaged Apple II appeared together with the optional disk drive where the disks really were floppy.

Few, if any, of those 1970’s enthusiasts could have predicted that the world’s greatest toy would become a universal tool – through the server, desktop, laptop, tablet, etc. Or that microprocessors would be central to the function of so many everyday products – such as cameras, telephones and even self service bank cashiers. In short that they would come to dominate our daily lives – for good or ill.

500 years ago exactly the armies of England and Scotland fought out what was possibly the largest battle ever seen in Britain. The attacker was King James IV of Scotland who, with aid from the French, tried to open a second front and divert King Henry VIII of England from his campaigns in France. But Henry instead relied on

Thomas Howard, the 70 year old Earl of Surrey, to take charge in his absence. Howard mustered forces in London and then marched north to Pontefract, where he held a Council of War and was joined by men from Cheshire, Lancashire and Yorkshire. From there it was on to Durham and the border country where the two armies met at what is commonly called Flodden Field.

The outcome was a disaster for Scotland with around 10,000 dead out of over 30,000 including King James IV himself, his son and, it is claimed, members of every noble family in Scotland. In contrast English losses were around 1,700 dead out of an army of about 20,000. Not only had the Scots lost, but they had lost to the English reserves. As a result the Earl of Surrey added the slain Scottish Lion to his coat of arms and the lament The Flowers of the Forest was written to commemorate the Scottish losses.

Today the battle’s 500th anniversary has become a pawn in a series of manoeuvres – and tourism promotions – with the vote on Scottish independence as the underlying political prize. The pro independence side are hoping the 700th anniversary of Bannockburn (24-Jun-2014) will swing things their way but the 70th anniversary of D-Day (6-Jun-2014) and the 100th anniversary of the start of World War One (28-Jul-2014) are likely to be equally well supportive of the pro United Kingdom case. Hopefully which ever side wins the decision will be based on something more relevant than past fights.